In a recent conversation with Department 56 Creative Director, Rick Jackson, about the architecture of our buildings, he shared that each of our Villages presents separate architectural challenges, but the details on Christmas in the City pieces are the most intriguing. “We have to fit multiple details into a tall narrow footprint, it can be quite a challenge. We are also bound by the time period that this Village is set, the 1930s and ‘40s.” When the Creative team decided to design the building featured in the 1942 Edward Hopper painting, “Nighthawks”, artist Tom Bates had the challenge of “creating” the majority of the building because the painting focused on the curved glass window on the ground floor with the diner patrons seated at the counter. Tom used other photography of buildings from the era to recreate what he thought the rest of the building would look like. 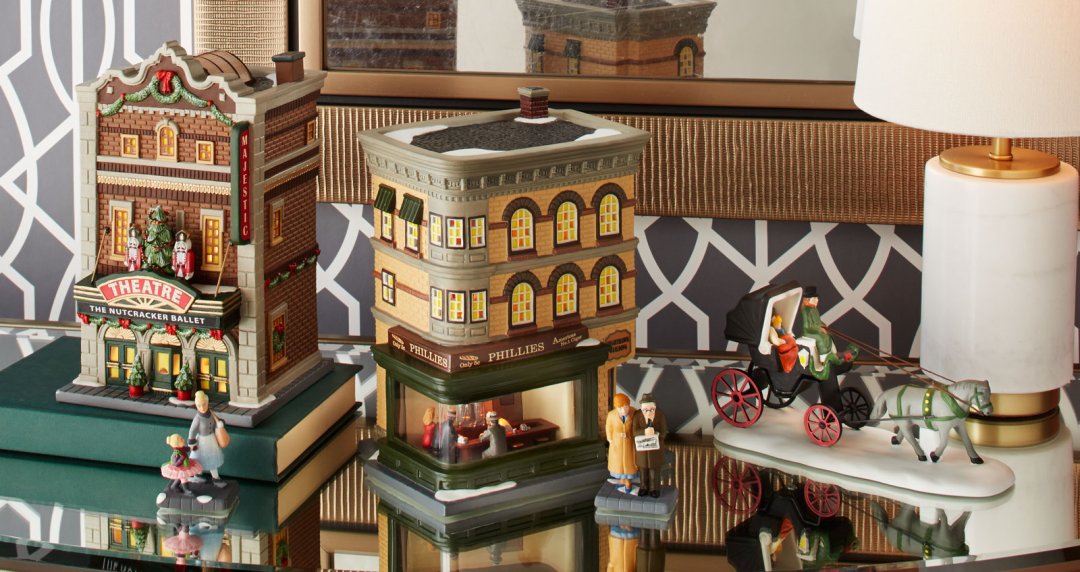 The Department 56 “Nighthawks” piece along with the coordinating accessory (which depicts the artist, Edward Hopper and his wife who modeled for many females in his paintings) is the perfect piece to present to the collector of Christmas In The City, or for anyone who has an appreciation for architecture in art.